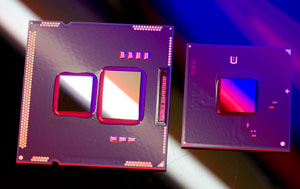 Well, we’ve now entered a new year and we’re starting things off with a bang. Today, Intel has released the NDA on information and performance surrounding their new chipsets and the new Westmere processors. We’ll be waiting a few more months for the six-core version of Westmere targeted at the Extreme user, but with this release Intel has completed the circle bringing the Nehalem architecture to all mainstream users. Westmere doesn’t merely apply a die shrink and move on, not in the least. Intel has added several new instructions for AES encryption that vastly improve the performance and bandwidth of encryption calculations and applications. Did we also mention the option for a multi-chip package with integrated graphics? We’ll be examining Westmere’s performance with the Intel Core i5-661. We’ll see how this compares against the Core i5-750 and Core i7-870 all on the DH55TC “Tom Cove” motherboard. Before we delve into the performance of this new setup, let’s take a quick look at what Westmere has to offer. 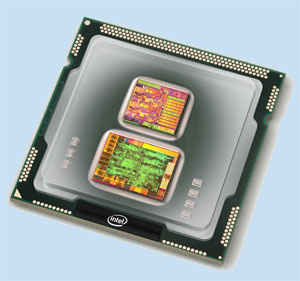 The benefits of a die shrink are well known to any enthusiast. The shift to 32nm is no different than what we have seen in the past. An impressive feat of the Westmere design is that we are now seeing TDP’s of 73W for a Westmere only solution, and 87W for a combined Westmere / IGP. This is vastly improved from the prior 45nm designs for the Core i7 and i5’s in then LGA1366 and LGA1156 package. We also see higher clock rates available at these much reduced TDPs. Does it get any better than a faster, cooler processor? I can’t think of anything I love better, so long as we don’t see a punishing performance hit to get there.

A second benefit of Westmere is the continued integration of what formerly consisted of the (G)MCH into the actual processor die. Integration is and has been a buzz word for years now, but with Westmere we can finally do away with the (G)MCH. Due to the integration of PCI-Express, the memory controller, and the option of a multi-chip package with the graphics die, motherboards no longer need a three chip solution. The remains of the (G)MCH and ICH have now been integrated into a single die, known now as the Platform Controller Hub, or PCH. This allows for a substantial space savings on the motherboard, meaning more compact solutions, or even better, boards with more features.

A multi-chip package is not a new development in the industry. You may remember the initial dual core processors consisted of two independent dies. This is the case now with the graphics die and the Westmere die on the Core i5-661. While Westmere is built off the 32nm process, the graphics die utilizes the 45nm process. Using a multi-chip package design allows for a simpler and faster integration of both dies into one package.  Will we see a single die solution in the future? I would bet on it.